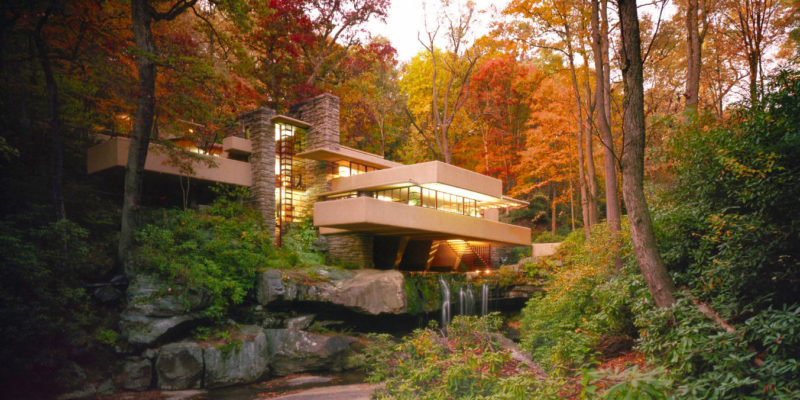 With an UNESCO World Heritage Site designation, Fallingwater has joined the Global Elite

Frank Lloyd Wright’s gravity-defying house, cantilevered over a waterfall at Bear Run, 67 miles southeast of Pittsburgh, was recognized by UNESCO in July 2019 (along with seven other Wright buildings in the U.S.). It is only the second World Heritage site in Pennsylvania, joining Independence Hall in Philadelphia.

“The designation is the highest honor a cultural site can receive, one reserved for places with significance to all of humanity,” explains Justin W. Gunther, director of Fallingwater and vice president of the Western Pennsylvania Conservancy, which owns and operates the property. “Fallingwater and the other seven Frank Lloyd Wright sites join a list of timeless landmarks like the Statue of Liberty and Monticello here in the U.S., and the Pyramids of Egypt and the Taj Mahal abroad. This designation affirms that without Frank Lloyd Wright the world we live in today would look quite different.”

In 1935, Pittsburgh department store magnate Edgar Kaufmann commissioned Wright, already a prominent architect, to design a weekend house on his wooded property. The house was completed in 1937 and has drawn accolades ever since.

“Of course, scholars and amateurs alike have long recognized Fallingwater’s importance,” adds Gunther. “The house was on the cover of Time Magazine in 1938 and received a solo show at the Museum of Modern Art that same year. The National Park Service designated Fallingwater a National Historic Landmark in 1976, and Pennsylvania honored the site as a Commonwealth Treasure in 2000. The American Institute of Architects went so far as to say Fallingwater is ‘the best all-time work of American architecture’.”

Still, he adds, “World Heritage designation goes further, officially recognizing Fallingwater and Frank Lloyd Wright’s significance on the international stage. It acknowledges the worldwide influence of Wright in the social, cultural and architectural development of the 20th century.”

In addition, the cost of upkeep and the list of upcoming repairs at the property is long — and the World Heritage designation makes a powerful case for investment.

The designation is expected to boost visitation at Fallingwater (currently at 170,000 annually) and further establish the Laurel Highlands in southwestern Pennsylvania as a mecca for Wright buffs. Nearby Polymath Park offers tours and the rare opportunity to sleep over in a Wright house. Duncan and Mäntylä, its two “Usonian” houses (Wright designed these to be simple and affordable for the average American), were built in the 1950s and moved and reconstructed at Polymath. Kentuck Knob in Chalk Hill is another nearby Usonian house open to visitors. Further afield is Wright’s Beth Sholom Synagogue in Elkins Park outside Philadelphia. Completed in 1959, it’s his only synagogue.

“Wright drew inspiration directly from the mountain landscape for every element of Fallingwater’s design: the colors, materials and dramatic sculptural form,” says Gunther. “This connection to nature lies at the heart of Wright’s philosophy of organic architecture, and the same principle forms the foundation of today’s sustainability movement.

“Fallingwater serves as an enduring model of how architecture can create a powerful union of nature, built environment and human habitation, where all three of these components support one another and thrive as a unified whole,” he continues. “As architects and designers work to create more sustainable standards for building and living, World Heritage designation expands opportunities for Fallingwater to offer inspiration.” 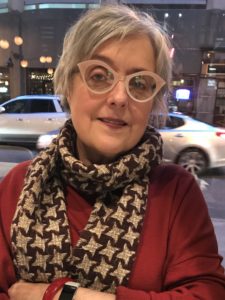 Elise Vider is the principal of Elise Vider Editorial Services LLC, which serves as an editorial consultant to a wide range of clients, many of them working on behalf of economic development and urban design excellence in Pennsylvania. She holds the position of news editor at Keystone Edge, and other clients include the Building Industry of Philadelphia, the University City Science Center, the Urban Land Institute, the City of Philadelphia and the University of Pennsylvania. Vider is also a founder and chair of Philadelphia’s Design Advocacy Group (DAG); Mayor Jim Kenney recently appointed her to serve on the city’s Civic Design Review Committee.