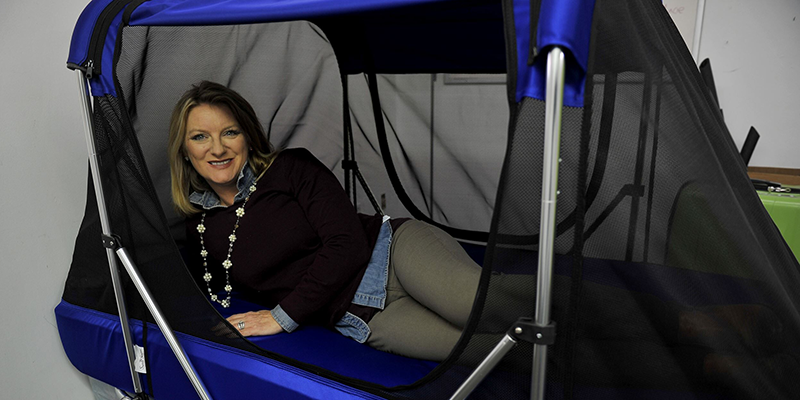 Operating out of Pittsburgh, Abram’s Nation is known primarily for its flagship product, The Safety Sleeper — a portable, fully-enclosed bed system designed to keep special-needs sleepers safe and prevent them from wandering while unattended. Company founder Rose Morris originally designed the bed for her son Abram, who is on the autism spectrum. She has since been named the 2017 Small Business Exporter of the Year by the U.S. Small Business Administration (SBA).

Congratulations on being named the SBA’s 2017 Exporter of the Year! What does this recognition mean to you?

Overall, I feel humbled. The Safety Sleeper is a very niche product, and this honor has been a springboard to help us further create awareness of our product. We’ve primarily reached our audience through social media. It’s through parents around the world tirelessly searching for answers at the early hours of the morning and stumbling across our Facebook page.

This social media support system helped us earn the SBA recognition, and today, we’ve shipped to 12 countries, including Australia, Norway, and the U.K., and have distributors in five countries. We’ve gradually increased sales year after year, selling more than 300 in the last year alone. It’s unbelievable to see how we’ve grown from selling 11 Safety Sleepers in our first year. I’m just excited to share our story and provide peace of mind for parents.

When you started Abram’s Nation, did you ever anticipate that Safety Sleeper would have this level of impact?

Safety Sleeper started out of a mother’s necessity. My son Abram was diagnosed with autism at 14 months, and he started climbing out of his crib around 18 months. He wouldn’t sleep, and overnight trips out of the house became very difficult. It was stressful not knowing the best way to keep my son safe.

After Abram managed his way out of the crib we had designed, I was casually talking with friends about a new design. I didn’t think much of it at the time, but a few months later, I came back to them and asked how serious they were about actually making a design. As it turns out, they already had one made.

With a few modifications, the prototype that would become The Safety Sleeper was better than anything we ever had before, and most importantly, my son was safe and sleeping better. At the time, I was a few months pregnant with baby number three, and I was thankful for having The Safety Sleeper for myself. Later down the road, I became overwhelmed with the feeling that I couldn’t be the only one who needed The Safety Sleeper. I felt like I had a friend who helped me, so I should be a friend to others.

So I worked on the business during my kids’ nap time, and with a lot of support and advice, Abram’s Nation has become what it is today. And now that I’ve caught the business bug, we’re working on some more products to help families with special needs.

Why are you proud to be a Pennsylvania small business owner?

We took a bit of a backward approach to starting Abram’s Nation. We had already established the business before we realized the great resources that were available to us right here in Pittsburgh.

We started off with SCORE, which is a group of experienced business people who volunteer their time to support startups. From there, we met people who worked for the University of Pittsburgh and Duquesne University Small Business Development Centers (SBDCs), and people from DCED’s Ben Franklin Technology Partner Innovation Works. The city really connected us with a network of people who have the experience and expertise to help small businesses.

The Office of International Business Development (OIBD) — housed within DCED — was instrumental in assisting us in our export initiatives. In 2016, we had the opportunity to participate in Bringing the World to PA in Pittsburgh. The event allowed us to meet with Authorized Trade Representatives from Australia, Canada, Germany, and The Netherlands.

The resources here have connected us with people who have such genuine, good hearts and want to help, and we’ve truly enjoyed working with them.

To learn more about starting your own small business in Pennsylvania, check out our Pennsylvania Business One-Stop Shop or our Entrepreneur’s Guide. 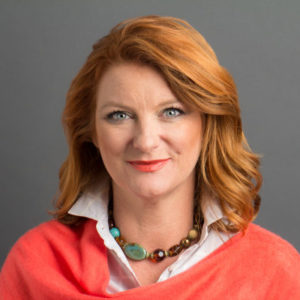 Rose Morris, Founder and President of Abram’s Bed LLC, is a mompreneur with a loving husband and three beautiful children, one of which was diagnosed on the autism spectrum. Her insatiable need to find a bed that would keep her autistic son, Abram, safe was the catalyst for her product The Safety Sleeper, a versatile enclosed bed system designed for children and adults with special needs. She started a manufacturing business selling the bed from her kitchen in 2009 and took that vision worldwide to win the 2017 Small Business Administration’s Exporter Award. Rose’s journey has given her a new life motto: “How to make a detour your destiny.”

Collaboration is Cooking in Pittsburgh
Work, Hike, Shop, Eat: Bedford is a small-town success story
With an UNESCO World Heritage Site designation, Fallingwater has joined the Global Elite
Part II: The Present is an Amazing Time for Beer in Pennsylvania
Heritage Rail Trail in York County is a 21st century Town Square
Byers’ Choice Spreads Holiday Cheer around the Globe from PA