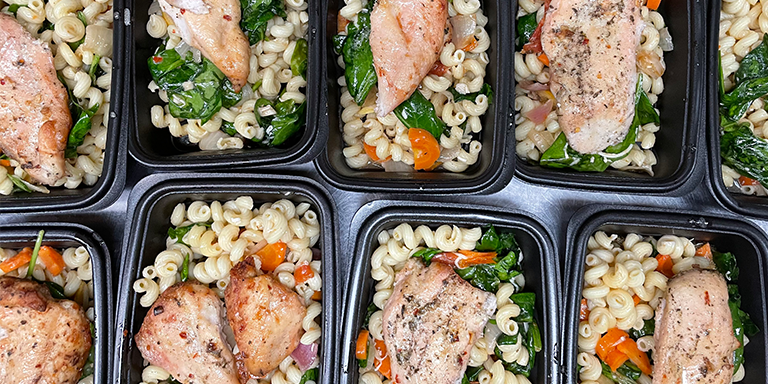 Collaboration is Cooking in Pittsburgh

The Community Takeout Program feeds the hungry and boosts local restaurants at the same time.

When the pandemic hit Pittsburgh, civic and nonprofit leaders faced two pressing problems: plummeting restaurant business and people going hungry. Enter the Community Takeout Program, an initiative that benefits both those who need customers and those who need meals.

“If we get out of the shutdown and our independently owned restaurants aren’t there anymore, our cities are going to look very different,” says David Niemanis, partner experience manager at Pittsburgh nonprofit 412 Food Rescue. The group, which fights food waste as well as hunger, admired the work of other organizations raising funds and distributing meals to people like frontline workers during the pandemic. “We wanted to do something similar, but serving people experiencing food insecurity.”

Founded in 2015, 412 Food Rescue isn’t a food bank. Instead it’s a practical and logistical link between grocery stores, farms, restaurants, and bakeries with excess food on hand, and more than 900 community nonprofit partners who can distribute the surplus to people who need it. To date, 412 has saved more than 17 million pounds of food that would have otherwise gone to waste.

Part of the group’s operation relies on trucks that handle large donations from grocery distributors, but volunteers move the majority of the food via an app that helps them pick up and deliver donations in their free time.

Since its inception, 412 has focused on Housing Authority sites.

“They serve a specific need that’s not food-related, but they do serve a food-insecure population,” says Niemanis. 412 coordinates with the Housing Authority of the City of Pittsburgh to feed people who are housed, but still hungry.

412 launched the first round of the Community Takeout Program last May, funding a pilot group of six participating restaurants providing 15,000 meals over the course of 10 weeks. The restaurants source their own food for the weekly batches, and receive reimbursement at $8 per meal.

“Restaurants were excited to make these meals for the community without dipping into their own pockets,” explains Niemanis. The program provided a much-needed revenue stream for these businesses.

The program was a success, and after a few privately-funded small-scale iterations, the Pittsburgh Downtown Partnership (PDP) — thanks to a Covid-19 relief grant from the Richard King Mellon Foundation and additional funds from the City of Pittsburgh — stepped in to expand the initiative.

The extension of the program, which launched its first phase in December, is dubbed Downtown Community Takeout and focuses on the restaurants in Pittsburgh’s Golden Triangle business district. Pre-pandemic, the neighborhood was typically packed with hungry office workers, but as layoffs and remote work continue well into 2021, commuter traffic in the area is down 80 percent.

In January, the partners launched phase two of Downtown Takeout, adding 10 more restaurants for a total of 19. Slated to run for 24 weeks, the program now produces and delivers 3,000 meals per week for sites like the Bedford Hope Center, Center Avenue Housing, the KBK Foundation, and many more. PDP estimates the program will provide more than $500,000 in sales revenue to downtown restaurants who might otherwise have had to close their doors.

“It’s been really nice with Pittsburgh Downtown Partnership, because they’ve taken the whole burden of selecting the restaurants and raising the funds,” says Niemanis. 412 has become the logistics key, finding recipients and transporting the food.

“With a continually evolving environment, it is necessary to act fast and not waste time reinventing the wheel,” says Jeremy Waldrup, CEO and president of PDP. “If someone already has an established service, results can happen much faster by joining forces.”

Restaurants were excited to pitch in. PDP reached out to Revel and Roost, a two-story eatery and event venue under Pennsylvania’s Millcraft Hospitality brand, last December.

“We’ve always been a big supporter of our local communities, but a lot of that was focused on local businesses versus people,” says former Executive Chef Michael Zawojski, now the food and beverage director at Revel and Roost. “You meet the people, but how much do you actually know about the people?”

Since the pandemic took hold, his team wanted to focus on “how we could make the biggest difference.”

Thanks to its upstairs banquet kitchen, the Revel and Roost team — used to cooking for events — turns out 200 meals a week for the program. And Zawojski notes a valuable ripple effect.

“We structured our menus around what was available,” he says, and that helps tight-strapped food purveyors, who have been weathering the same crisis as the restaurants, with less visibility.

“This year it’s been, ‘How can I help you?’ instead of, ‘Hey, this is what I need,'” he continues. “Our purveyors are just as important to us as our guests are.”

Restaurants unaccustomed to takeout or catering have had a more challenging time. One example is Proper Brick Oven & Tap Room.

“It’s definitely been the most difficult year of my life personally and professionally,” says owner Suzanne Hrach of weathering the pandemic in the restaurant she launched in 2013. “We went from packed every single night, line out the door, to almost nothing.”

PDP staffers were regular customers before the pandemic, and when the organization reached out about joining the program in late December, Hrach was immediately on board.

Unlike some restaurants which pivoted easily to takeout, Proper’s dedicated dine-in model has been hard-hit over the last year, especially since downtown is still missing its business lunch crowd. Joining the project was a lifeline for Hrach, who uses the income to retain a small staff (and their health insurance).

“We’ve gotten very well-equipped to do this,” she says, though admits the first time they set out to prepare 150 servings of the same meal all at once, “it was kind of a disaster.”

After a few weeks, they got the skills of mass prep, parcooking, and portioning down. The staff enjoys producing the meals, both for the chance to help the community and to stay connected to their coworkers.

PDP and 412 Food Rescue leave the menus up to the restaurants, and “I take that really seriously,” says Hrach. “This might be the only fully balanced meal that person has in an entire day.”

Proper has been providing meals like chicken with roasted potatoes and spinach, or vegetable lasagna.

“We’re really trying to do something healthy and delicious and comforting,” because people who are food insecure deserve comfort as well as nutrition, she insists.

It’s good that PDP and its partners are targeting downtown restaurants for the program, says Hrach. “We’ve gotten no help from the government,” and while suburban restaurants are holding their ground, city restaurants that rely on traffic from anchors like convention centers “are kind of twisting in the wind”—particularly in Pittsburgh’s downtown, which relies so much on commuters.

When you buy a restaurant meal, “you’re supporting not only the restaurant, but the whole community,” adds Niemanis. He’s glad PDP and 412 Food Rescue can pitch in (and they need more volunteers).

“A silver lining to the pandemic will be that these partnerships were developed and will endure,” says Waldrup. “The relationships formed now will lead to future partnership opportunities and continue the mindset that we are truly in this together.” 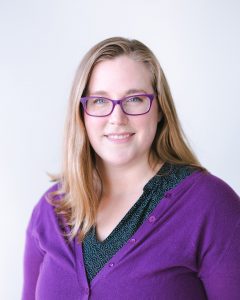 Alaina Johns is a Philadelphia-based freelance writer and the Editor-in-Chief of BroadStreetReview.com, Philly’s hub for arts, culture and commentary.