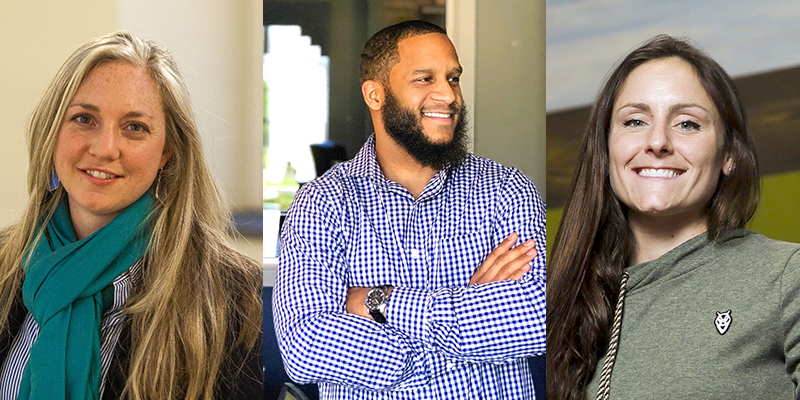 Back in the 17th century, state founder William Penn enacted Pennsylvania’s first conservation law, requiring that for every five acres of land cleared one acre of trees must be preserved.

Meanwhile, Pennsylvania’s first true environmentalists were hunters and anglers concerned about the impact of the industrial revolution — clearing of forests, aggressive coal mining, degradation of streams and rivers — on the state’s wildlife and landscapes. In the 20th century, Pennsylvania passed a broad network of laws to restrict pollution, protect animals, and regulate extraction of natural resources.

As a little boy, Mabari Byrd’s large family was always outside. 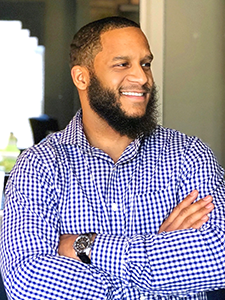 “The reality was we couldn’t afford the cost to put nine people on a plane, secure nine seats at a popular event, or rent a car big enough to fit us all,” he recalls. “My mother would take all seven of her children to a local park to run around and play games. It was a way to create economically friendly opportunities to incorporate play, family bonding, and nature.”

Now, whether it’s through lobbying legislation, grassroots advocacy, or steering a kayak down the Delaware River, Mabari Byrd’s role with Sierra Club is all about celebrating and protecting the natural world.

Through the Outdoors for All and Military Outdoors initiatives, his team develops free camping and kayaking excursions for veterans and underserved youth and their families.

In addition, a large part of Byrd’s job is bridging relationships between the Sierra Club and local leaders, elected officials, and community groups. He serves as a liaison for what is happening at the national and state level, figuring out ways to integrate community engagement programming and combat environmental threats.

“We gathered hundreds of testimonials from families with ties to the area and people who regularly access that space,” he says. “We also used data from national campaigns and outdoor alliances for kids to push back on these fees and show how they would be a barrier.”

The information has been presented to the National Park Service and the results are still pending. But no matter the outcome, this work provides an example of how his team works to organize on a national, state, and local level through digital strategies and grassroots work.

Another goal for Byrd is sharing the stories and work of their partners in environmental and ecological service. He worked with Fairmount Water Works and several other organizations to develop Schuylkill Saved, an interactive Live Role Playing Game that encourages students’ interest in the outdoors.

“Whether it’s interviewing families already enjoying the outdoors or shifting the narrative about populations of color, we aim to engage communities in an equitable way,” he says.

According to Heidi Witmer’s father, she started talking about her dream — connecting people to the land — when she was still in middle school. Witmer felt a kinship with the old trees on her family farm, but also a strong desire to travel and learn more about how to best serve through her work. 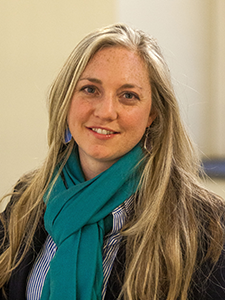 After years working as a youth educator, Witmer was concerned that students didn’t have enough opportunities to do meaningful work. She wanted to find a way to offer opportunities at an earlier age when it’s developmentally important to realize one’s talents and capacities.

In 2013, she used her family farming background to found the LEAF Project, a nonprofit organization offering youth ages 14 to 20 meaningful hands-on work in the food system. Students start with paid summer internships on Witmer’s four-acre farm in Landisburg and at several other partner farms. After the internship, they move into farm management and peer leadership positions. Through their work, they are supplying produce to farm shares, restaurants, wholesalers, and partners for hunger relief.

She has seen her students go on to careers as farmers, chefs, educators, and researchers, all informed by their experience and understanding of the local food system and economy.

“We see a lifetime change in their connection to food, land, and each other,” she says. “It doesn’t always translate to a vocation that fits those buckets, but they all have the connection to the land and feel a pride and place in Pennsylvania.”

One of Lauren Ferreri’s favorite memories is traveling with her family to Benezette, PA to see the famous elk of Elk County. Now she works for the agency that manages those same elk. 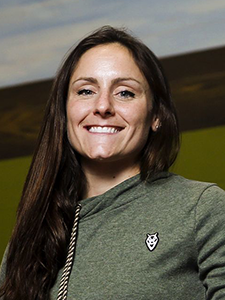 With a focus on both education and preservation, Ferreri is the manager of the Pennsylvania Game Commission‘s Middle Creek Wildlife Management Area in Lancaster and Lebanon counties.

Ferreri oversees all visitor center operations, welcoming the public in to learn more about wildlife and habitat management. She is also responsible for managing controlled waterfowl hunts and the collection of biological data in this predominantly man-made wetland area featuring a 400-acre lake.

An interesting aspect of Ferreri’s work is how the preservation of the land is funded by hunting licenses. It’s a powerful connection to the state’s first conservationists.

“Hunters pay to responsibly hunt the resources, but the money goes back to creating the best habitat and paying the people responsible for keeping the populations healthy,” says Ferreri. “With this model in particular, hunting is very tied to conservation.”

Since joining the Game Commission in 2012, Ferreri has revamped educational signage and audio on the trails and wildlife driving tour, which features more than 110 species of birds as well as deer, foxes, coyote, and racoons. She also helped re-energize the local National Hunting and Fishing Day event, which now includes more than 30 conservation agencies and outdoor-related groups.

Ferreri graduated from the year-long Governor’s Emerging Leaders Program and also received the 2019 “Woman of Environmental Education” from PennFuture.

“I love waking up every day enjoying what I do and I hope I am making a difference for tomorrow,” she says. “I love sharing my passion and helping others make it theirs as well.”

Since both of Luke DeGroote’s parents were botanists, he grew up identifying trees and plants along his walks. That ingrained love of nature led him to undertake week-long canoeing trips and hike the entire Pacific Crest Trail (2650 miles!), while fostering a respect for birds and the critical function they play in our environment. 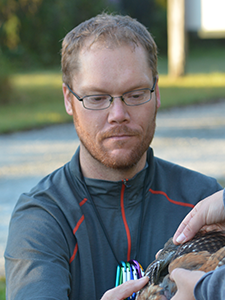 “Using almost 60 years of data from 780,000 birds, we can see that birds are breeding a lot earlier than they used to, but their migration isn’t that much earlier,” explains DeGroote. “So far, the birds are pretty adaptable, but if the ratio continues to stretch, it could become more problematic.”

DeGroote also conducts research on birds and window collisions, partnering with the citizen science project BirdSafe Pittsburgh to demonstrate what makes buildings more dangerous for birds and help companies develop bird-smart glass (those products are certified “bird friendly” by the American Bird Conservancy and can be used in LEED certification credit).

DeGroote’s conservation and partnership-building efforts have resulted in Pittsburgh being recognized as an Urban Bird Treaty City by the U.S. Fish and Wildlife Service. He also co-founded the Allegheny Bird Conservation Alliance, a broader strategic partnership between local and national conservation organizations working together to conserve birds. DeGroote’s research has been featured in national media including NPR, The Atlantic, and Audubon Magazine.

“My position allows me to be curious, explore beautiful places, and work to conserve nature,” he says. “I can’t imagine a better career.”

Growing up in Elk County in the Pennsylvania Wilds, Teddi Stark spent most of her free time exploring in creeks and ponds, catching salamanders, frogs, and aquatic insects. 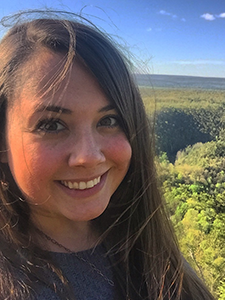 Now she gets to work every day to help protect the water resources she enjoyed so much as a child.

Due to an increase in pollution, rivers, streams, and other waterways can send dangerous sediment and excess nutrients into the Chesapeake Bay Watershed and other key water sources. It’s Stark’s job to make sure riparian forest buffers — the trees, shrubs, and grasses planted along streams to keep the pollutants from reaching the water — are maintained, improving water quality and aquatic habitats throughout the state.

Stark is responsible for the coordination of PA DCNR’s statewide Riparian Forest Buffer Initiative, which provides financial assistance and coordination to design, establish, monitor, and maintain these buffers. The state’s efforts include an advisory committee with experts in all corners of the state.

“Our streams and rivers are sending too much pollution sediment and nutrients to the bay, which causes algal bloom and depletes oxygen from the water,” says Stark. “This can affect life in the bay — which sustains the economy — and makes water unhealthy for wildlife. So many people take the trees and forests for granted and don’t think about all the good they do for the environment.”

Communicating the importance of this work is a big part of her position, which she has held for three years.

“I believe it is only through robust, collaborative partnerships that we will solve today’s environmental challenges,” she says, “and ensure a healthier world for future generations.” 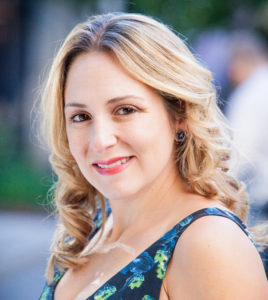