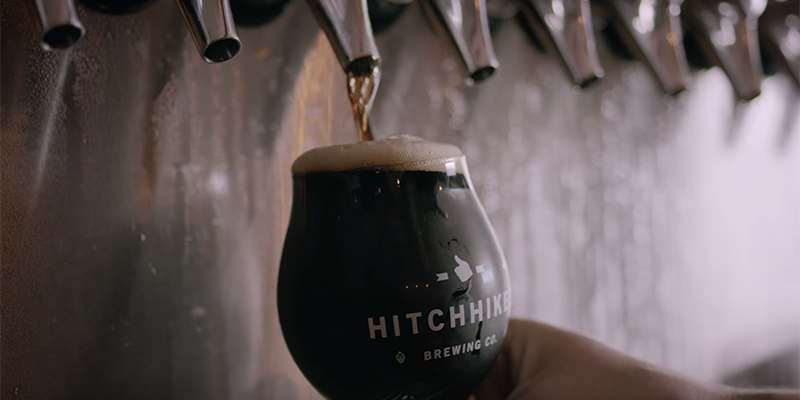 Part III: The Future of Beer in PA is Already in the Works

Just the colors of craft beers are beautiful, in that they come in a range of golds and reds, blacks and tans, browns and whites.

But the future of Pennsylvania craft beer looks to be even more colorful and diverse.

Harris Family Brewery aims to open by early 2021 in the Allison Hill neighborhood of Harrisburg as the state’s first black-owned and -run brewery.

“We have to make our own lane in craft beer,” brewmaster Shaun Harris said in August as he stood in the middle of Fresh Fest, America’s first black beer festival that took place in Pittsburgh for the second year. This time, more of the 3,000-plus attendees came from farther away to celebrate and help push a movement to make craft beer more inclusive.

People of every color are working together, using their imaginations to go places we’ve never gone together. That’s what Harris Family Brewery did with neighbor Boneshire Brew Works on their festival collaboration brew, Harrishire, an applewood-smoked stout that riffed on their shared love of barbecued meats. (They barreled some for the Harris Family “urban craft brewery” opening.)

Fresh Fest, co-founded by Pittsburgh’s Day Bracey and Ed Bailey of the Drinking Partners Podcast and Mike Potter of Black Brew Culture, started with the aim to build diversity in 2018. The event got national attention, becoming the subject of a short documentary, “A Fresh Perspective,” and being voted in a USA Today “10 Best Readers’ Choice” poll the No. 2-best beer festival in the country. The fest also received one of the Brewers Association’s first “diversity and inclusion event” grants, and its bigger 2019 event drew raves. Including from co-founder Bracey, who wrote afterwards, “Inclusion isn’t a charity, something you do to meet quotas. It’s a strength and humanity at its best.”

Others are working to bring more women into craft beer — drinking it and making and selling it. The Pink Boots Society has chapters in Philadelphia and Pittsburgh to help women in brewing. Pennsylvania has several notable women, from Carol Stoudt, who was way before her time, to the women who run Penn Brewery to Yuengling family’s sixth generation of leaders — Jen, Debbie, Wendy and Sheryl.

Philadelphia’s Triple Bottom Brewing, partners with local nonprofits to give a “fair chance” to diverse employees with criminal records.

“I think diversity is going to be one of the major themes moving forward,” says Nate Kresge. He’s a craft beer aficionado who happens to be co-owner and executive producer of Harrisburg’s GK Visual, which made the documentary, “Poured in Pennsylvania” and continues to seek and tell those stories.

By diversity, he means of not just people, but of regions, beer styles, even the way breweries and taprooms operate. He’s chronicled Pennsylvania breweries that cater to people who want their beer to be gluten free — such as Pittsburgh’s Auroch’s Brewing — and cater to families — such as Mount Joy’s Bube’s Brewery, where kids can make s’mores — and those that cater to dog owners, such as Pittsburgh’s Grist House Craft Brewery, which is opening a new big brewery in a former Nike missile command center.

Another interesting story Kresge points out is that of Philadelphia’s Fermentery Form, which doesn’t brew at all, but rather, buys wort from other breweries and then ferments them with various yeast and bacteria in barrels via the solera method, transferring the resulting wild and sour ales from barrel to barrel until they’re ready to package and serve.

“We’re going to see the traditional brewery morph and change here and there,” says Kresge, who looks forward to documenting that. And tasting it, too.

Previously: Part II – The present is even better.

Budding Industry: Hemp has major potential in Pennsylvania
The Keystone State’s next generation of queer leaders
From Factories to Small-town Storefronts, Historic PA Buildings Transform with the Times
Move Over, Silicon Valley – Pennsylvania is On the Rise
Drexel Knits New Layer of Advanced Manufacturing
PA is Taking Video Game Development to the Next Level