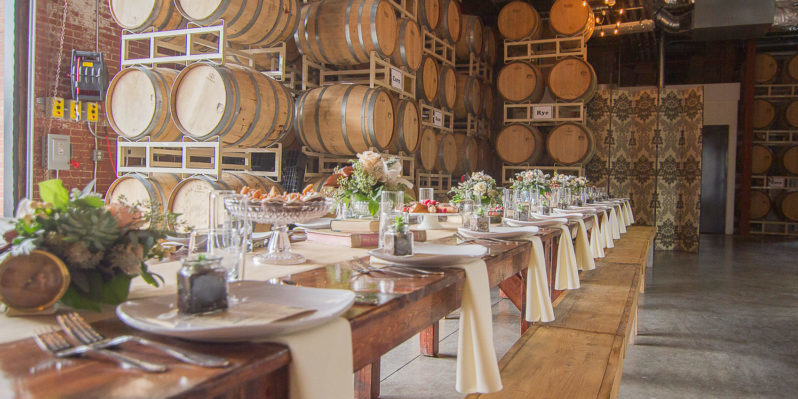 From Factories to Small-town Storefronts, Historic PA Buildings Transform with the Times

Pennsylvania is filled with iconic reuse projects — Reading Terminal Market in Philadelphia, GoggleWorks in Reading, the Pajama Factory in Williamsport — but the work of repurposing the state’s historic and industrial buildings comes in all shapes and sizes. Here’s a list of inspiring architectural reinventions from across the state. Next time you’re on a PA road trip, add them to your must-see list.

For travelers on the Great Allegheny Passage, one of the state’s top bike trails, this shop is gem. Built in 1905 and located on the town square, the Confluence storefront originally housed Kurtz’s Department Store. In 2006, Brad and Maureen Smith bought the property and began piecemeal renovations during weekend trips from Washington, D.C. They moved to this charming PA town full-time in 2008. In addition to the bustling bike shop, the building also houses the law offices of Wendy Duchene; future plans include rehabbing the upstairs apartment for use as a vacation rental and creating a “Biker’s Hostel” in the original owner’s residence.

If you’re in the Laurel Highlands gearing up for a day of hiking and visiting architectural gems, you’re certainly going to need a boost. Fortunately, there’s a convenient spot to get a cup of coffee and marvel at the magic of reuse. An erstwhile gas station just off Route 40 in Farmington has been transformed into Fuel Coffee Works, a beloved local business and community hub. It’s a great example of an owner looking beyond the usual suspects — aging factories, vacant churches, historic homes — when it comes to rethinking an existing building.

Up in the PA Wilds, an old record store has been reborn as a hip eatery. Owners Josh and Sarah Grimes bought the building on Main Street and used sustainable design principles and architectural salvage to make their restaurant something special. For example, the communal table was fashioned using reclaimed wood from the nearby Clinton Lanes bowling alley. Opened in 2016, the town hot spot serves up gourmet burgers, shakes, and sodas from Appalachian Brewing Company in West Chester, PA.

Now here’s an example of an eminent local building finding new life. The old Williamsport City Hall, a gorgeous structure in the Late Victorian/Romanesque Revival-style, was built in 1893 and added to the National Register of Historic Places in 1976. It is now a place where visitors can lay their heads. Owners Tim and Sandra Butters transformed the space into a hotel featuring 11 rooms, each with a theme — Mark Twain, Houdini, Little League Baseball, and others. In an added touch, all rooms are outfitted with furniture and fixtures created specifically for the hotel by Hulk Destruction, Construction, and Salvage Company — a local fabricator.

This stunning reuse project is a double whammy. Not only did owners Kevin Lloyd and Paula Cipar retain 5,000 square feet of space in the historic Match Factory complex, they also gained easy access to the town’s famous Big Spring, which provides “the best water in Pennsylvania” for their spirits. The facility is LEED Gold-certified, a first for a PA distillery (and only the second in the country). As for the building, it was opened in 1899 and once employed 400 people. Competition from matchbooks and lighters eventually doomed the Universal Match Corporation, which closed in 1947. Fortunately for this historic Central Pennsylvania town, the massive 18-building site has been reborn, not only as a home for Big Spring Spirits, but also as the site of the American Philatelic Center, a mecca for stamp-lovers from across the globe.

The old General Cigar Co. Warehouse was built in 1884 and produced cigars for more than 50 years. With its manufacturing days in the past, the building languished, used mainly for storage. Not anymore: The historic structure has been remade into an event venue that still boasts the original chestnut beams and wood floors. Renovations were completed in July of 2014, and the renamed Booking House now lures people to this charming Lancaster County town for weddings and other revelries.

The Booking House is not the only exciting reuse/rebuild project in Manheim: REO Manheim Marketplace is a former Bickel’s Snack Foods facility, truck dealership, and warehouse that now houses Mill 72, a coffee shop and bakery; plans for the future include a brewpub and artist makerspace. Bought by Manheim residents Bernard and Suzanne Reiley in 2016 from Hanover Foods, the property featured six separate buildings — two of which had to be demolished ­— but the remaining structures boast nearly 25,000 square feet. Mill 72, located in a bright, fresh 2,800-square-foot space that was once the showroom of the dealership, boasts large windows and refurbished original maple floors.

The tale of this old factory in Reading has been long and winding. Originally the Curtis, Jones, & Co. shoe factory, the facility manufactured children’s shoes, including footwear for the Girl Scouts of America. After the assembly line stopped, the site became part of the Reading Outlet Center, which struggled and closed in 2001. In 2006, Shuman Development bought the building in foreclosure for only $5,000 and set to work on an ambitious mixed-used revamp featuring 42,000 square feet of commercial space and 69 apartments (12 are reserved for those receiving medical assistance). In a tragic twist, just short of the project’s completion in 2014, an arson fire caused significant fire and water damage, setting back the timeline and adding $9.5 million to the price tag. Shuman saw the project through to its conclusion, and their next development is another reuse of a historic building: A vacant hotel on Washington Street in Downtown Reading is being transformed into Lincoln Tower Apartments.

Radius Toothbrush specializes in cool, design-centric products that disrupt traditional materials and shapes for toothbrushes. But when it comes to their headquarters, they look to the past — the company has converted two old silk mill buildings in Kutztown. Their latest rehab is a 120-year-old brick building on Willow Street that will enable the company to expand and add up to 14 new jobs. 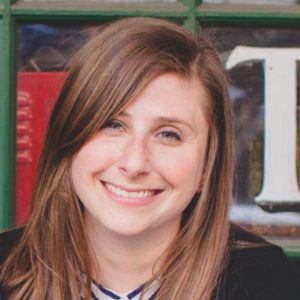 A native Philadelphian, Lee is editor in chief of Keystone Edge, an online magazine focused on what's next and best in Pennsylvania. Her writing has appeared in the Nashville Scene, Philadelphia City Paper, Phillymag.com, AV Club, Magnet magazine, Grid Magazine, Flying Kite Media, and more. Come to her for tips on local eats, Pennsylvania wines, and the best podcasts for long drives.

Budding Industry: Hemp has major potential in Pennsylvania
The Keystone State’s next generation of queer leaders
Part III: The Future of Beer in PA is Already in the Works
Move Over, Silicon Valley – Pennsylvania is On the Rise
Drexel Knits New Layer of Advanced Manufacturing
PA is Taking Video Game Development to the Next Level