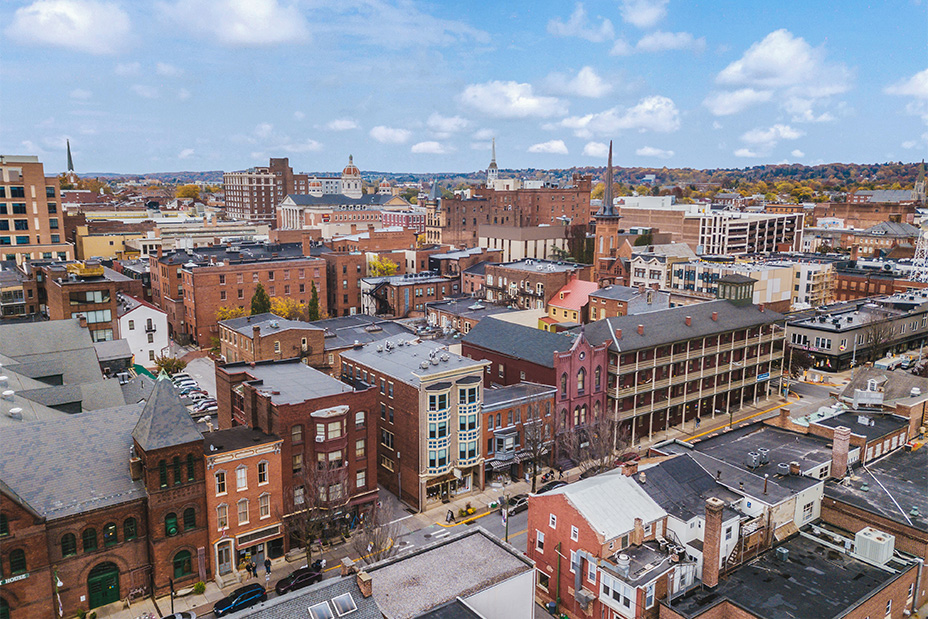 York is Poised to Become the Next Robotics Hub

The fourth industrial revolution continues to usher in emerging technology that’s growing at an exponential rate. While the first wave focused on mass production and was powered by steam engines and electric motors, the current movement is characterized by robotics, artificial intelligence (AI), and Internet of Things (IoT). These blurred lines between devices, platforms, and communication translate to increased efficiency and better asset management for companies, leading many to embrace the so-called “age of disruption.”

To learn more about what this level of technology integration means for Pennsylvania companies, we spoke to John McElligott of York Exponential LLC, a firm that provides robotic solutions to manufacturers that recently received a Redevelopment Assistance Capital Program (RACP) grant for the construction of a robotics campus in York’s Innovation District. McElligott has spoken about robotics solutions across the U.S. and its territories, including the White House and passionately believes that York, Pa., is uniquely positioned to become the next robotics hub.

How is York positioned to become a robotics hub?

We have to take a step back before we talk about York’s future. Back in the 1940s during World War II, the Manufacturers Association of York came together to devise a plan. While direct competitors of each other, the manufacturers recognized their differences were far less important than the issues the nation was facing. And so the York Plan was born, and manufacturers started producing materials for the defense industry.

This plan was then adopted by the entire state of Pennsylvania, and nearly one third of everything produced during World War II came from the Keystone State. It’s an amazing example of an industry banding together to embrace change and shift gears to what was happening in the world around them.

More than 75 years later, manufacturers in York have an opportunity to once again come together and prepare for the next wave of manufacturing. One of the ways we can reposition ourselves is with the York Plan 2.0 Innovation District. In June 2018, we were approved for a $6 million RACP grant to support the development of our Innovation District. The district will include a 240,000-square-foot facility that will focus on humans and robots working in collaboration, advanced manufacturing of robotic components, design workshops, training, and space for offices and labs. The focus will be on America’s first augmented workforce, all powered by artificial intelligence, IoT, and collaborative robots.

York is really good at making stuff; manufacturing is in our blood. This county employs 20 percent more people in advanced manufacturing than the rest of Pennsylvania. Plus, our supply chain is used to pivoting quickly for new contracts and industries. Since all of the newest technology comes to manufacturing first, this is our sweet spot. It’s time for York to shine.

How will York prepare for this new wave of manufacturing?

The first step is accepting this new reality, and then taking proactive measures to build capacity for a new supply chain. It also requires communication, collaboration, and coalition. Like the York Plan of 1940, everyone needs to know the message and get behind it for this to really work.

Secondly, manufacturers need to embrace disruptors and prepare its workforce for this shift. While millennials have grown up with this changing technology, older generations can still envision a world where robots take their jobs. Manufacturers must start training for jobs that are not here yet.

How is your organization leading the way for York?

I created and ran several startups, including one funded by the Ben Franklin Technology Partners, an initiative of the Pennsylvania Department of Community and Economic Development funded by the Ben Franklin Technology Development Authority. In doing this, I recognized an opportunity in York in the field of robotics. This led me to create York Exponential, a company bringing advanced technologies to small and mid-size manufacturers. Now, with the $6 million RACP grant provided by the Wolf Administration to create the York Innovation District, the opportunities for the robotics field in York will grow even further and has the potential to truly make York one of the world’s premier tech and robotics hubs. That’s an exciting prospect not just for this company, but for the York community as a whole.

At York Exponential, there are two sides of the business: implementation and service. In fact, we’re one of only two companies in the world offering robots as a service. We develop collaborative robots (cobots) — ones that augment the work of factory employees — for both shorter-term rentals and permanent use.

Cobots help manufacturers lower costs and also overcome shortages of skilled workers. The Ames Companies Inc., a tool manufacturer based in Camp Hill, is one of our biggest local customers. We have helped them introduce cobots into their workforce to improve quality, safety, and productivity.

In addition to York Exponential, I am spearheading The Fortress Initiative, which will be the region’s first “Disruption Center.” This center will be a STEM, robotics, and computer programing center, training a new wave of technical talent.

There’s so much happening in York, and I couldn’t be more excited to see where this momentum will take us. I truly believe York has the potential to become an epicenter of robotics activity, changing the face of manufacturing as we know it.

The Redevelopment Assistance Capital Program (RACP) is a state grant program administered by the PA Office of the Budget for the acquisition and construction of regional economic, cultural, civic, recreational, and historical improvement projects. Learn more about RACP at the Office of the Budget website. To learn more about York Exponential and their work with manufacturers, visit the York Exponential website. Continue stay up-to-date with all of Pennsylvania’s latest news and program announcements by following us on Twitter, LinkedIn, and Facebook. 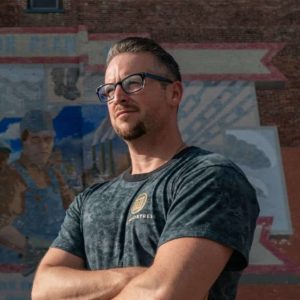 John McElligott is the CEO of York Exponential, president of The Fortress Initiative, and the CEO of The Fortress Academy, the first robotics and artificial licensed school in Pennsylvania. A sought-out national speaker on the impact of exponential technology, robotics, and artificial intelligence, John founded York Exponential in 2015 as a collaborative robotics company. Previously, John founded and served as CEO to two tech startups and was a graduate of the Benjamin Franklin Technology Partners “Techcelerator” Program, with his company being the only graduate from that cohort to receive investment funding. Coming in 2019, John will also lead The York Plan 2.0 Innovation District project. John’s passion for helping others and service to his community brought him to military service. Serving our country as a combat engineer, SAW gunner, and squad leader in the United State Marine Corps following the tragedy of September 11, 2001, John proudly served until his honorable discharge, attaining the rank of sergeant.

Budding Industry: Hemp has major potential in Pennsylvania
The Keystone State’s next generation of queer leaders
Part III: The Future of Beer in PA is Already in the Works
From Factories to Small-town Storefronts, Historic PA Buildings Transform with the Times
Move Over, Silicon Valley – Pennsylvania is On the Rise
Drexel Knits New Layer of Advanced Manufacturing